Can you tell a story in a sentence? Evidence points towards yes. Just look at the influx of various types of tiny fiction. From hint fiction to six word memoirs. Super short, super concise stories are everywhere. But quantity does not always mean quality. Just look at the six word memoir site and you see a multitude of generality. Story comes from the details, from being specific. The old legend is that when Hemingway was challenged to write the shortest story possible he came up with,

It is unknown whether or not he actually wrote it. But whoever wrote it struck a chord and inspired many. Just six words, but their specificity contains an entire narrative. It is up to the reader to bring whatever backstory they want. This is the beauty of all fiction, words remain open to interpretation. Once a reader takes in a story in becomes theirs. They see what they want and the writer’s intentions become less relevant. It is easy to see this as a failure or a problem, when really it is freeing. You create something, and if you’ve done well enough it goes out in to the world and people make it their own. From specificity come universality. We relate to things that are small. So even in a small story, even in one sentence, a narrative can be fleshed out or come to fruition.

Look at the opening of Other Persons, by Juan José Millás,

“I’m another person now, since the accident. My family, my friends, my colleagues from work, everyone knows that my car flipped over four times and that I was hospitalized for four months—one month per rollover—but no one noticed the changes in my personality.”

He sets the scene, using words that seem general, a car accident, a feeling of detachment. But he does not tell us the narrator is detached, he shows us, saying, no one noticed. And he gives specific details about the car accident, the repetition of the number four, which the narrator believes is a pattern. That shows us something about him. Shows he is strange, superstitious, without telling us. He let’s the reader figure it out.

“On his last human day, he put his head in his hands and sighed and I stood up a kissed the entire back of his neck, covered that flesh, made wishes there because I knew no woman had ever been so thorough, had ever kissed his every inch of skin. I coated him. What did I wish for? I wished for good. That’s all. Just good. My wishes had become generalized long ago, in childhood; I learned quick the consequences of wishing specific”

This paragraph tells a whole story, within the larger story. Bender does this by showing us some important things about her narrator, how she kisses her lover, what she wishes for, but she also give this paragraph a forward motion, an feeling where you are almost holding your breath, by being very careful about her syntax. So careful, in fact, that you barely notice it. She begins with a long sentence, an intentional run-on. Then follows that with two, four word sentences and two, two word sentences. Ending with another long sentence broken up be a semi-colon. The long sentence lets you exhale with her, feel what she’s feeling, the physicality of it, the pain of love, and the short sentences let you inhale quickly, catch you breath so you can fully take in that last moment of resignation, of he acknowledgment that we never really get what we want. 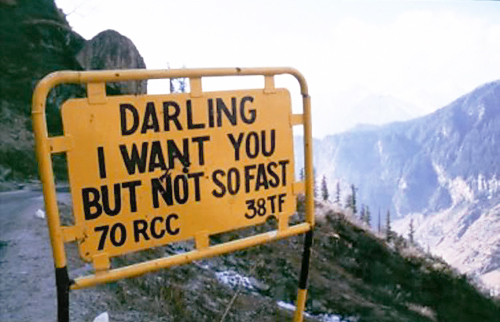 In On a Difficult Sentence in Gatsby by Chris Bachelder, he saves up the story for the end, taking you the back way around through an almost essay. And it pays off when you get to this moment,

“Nevertheless, yesterday morning at breakfast you dropped your spoon loudly and said that you were pretty fucking sure that The Great Gatsby had once been a book about Gatsby and furthermore you prayed to your version of God that one day it will be again.
Fair enough. Fair enough. I have thought about this a lot, sweetheart, and I think that I agree with you.
Maybe it will be. If not for us, then perhaps for our children.”

The story lies down in the ending. We go from stiff and academic, the person, specific and emotional. This is an entire story in just a few sentence. And the reader relates to the specifics, to the dropped spoon, to the pet names. He doesn’t tell us about their relationship. He shows us. But what they say to each other, by setting the conversation at the breakfast table. By ending with the word children.

Be specific. And be honest. Give your reader some credit. And put your art out into the world.

For this last week there is no prompt (except, of course, that the story must be magical realism) but I’d like you to write a 600 word story. You can also turn in a revision of one of your previous pieces if you’d like, but it’s not a requirement.